In the kitchen, barefoot and cooking—that's where Shog's been this evening, making this: 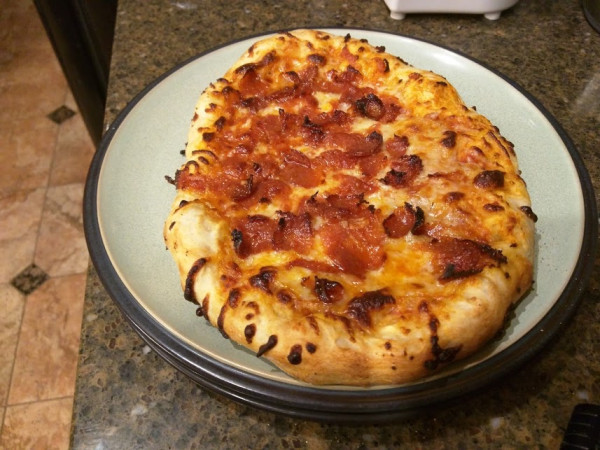 It's been bugging me for a while that I only had yearly wrap-ups done since '08, so I finally got around to doing the missing years. Behold! 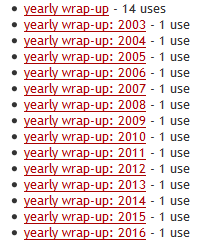 It may not seem like a big deal to you, but it's tremendously satisfying to me to see all those tags line up. :P

The best part about getting my works in order is that I've been rereading them and still enjoying them (for the most part). I never really gave it much thought while I was writing my early stuff, but I don't suppose that I expected to like it years later. It's nice to find myself entertaining (and to remind myself that I've always been a pairing whore :P).

Speaking of being a pairing whore, I'm really thrilled to have gotten enough interest in

snapecase to bring it out of retirement on such short notice, but it's the "gen-iest" run of it I've ever seen. *snorts* Still, it brings more options with it than the

I'm in a thoughtful, sentimental mood for a few reasons tonight. Earlier today, I cracked opened a yogurt and burst into tears because it's the first yogurt that I've eaten without paying Barefoot's Cat Tax on it. She loved yogurt and was incredibly pushy about getting some. I shared my sadness with Shog, who'd felt something similar when realizing he didn't need a fourth plate when he first fed our girls the morning after the 'Foot's death.

As well, 2016 continues to suck: on the heels of her daughter's death, Debbie Reynolds followed Carrie Fisher to the grave. *shakes fist at selfish, murderous year*

There are other things that have me feeling thoughtful this near to year's end, but I will spare you the details and merely wish you happy, healthy, and strong familial bonds in 2017. *huggles*
Collapse